What's the worst that could happen? Oh, yeah...

I know it has been ages since I posted and I don't know if anyone still reads this blog, but I have a story to tell that is just heartbreaking. Ziad Jilani, the husband of one of my closest friends was killed by the Israeli border police in Jerusalem on Friday, June 11. He drove his car into a neighborhood where kids were throwing stones and it looks like his car was hit and he lost control of it and swerved toward the border police. When they started shooting, he ran for his life, but he was shot several times and fell to the ground. Instead of arresting Ziad at that point, one of the police walked up to him and shot Ziad in the face and body. He never had a chance to explain or defend himself. 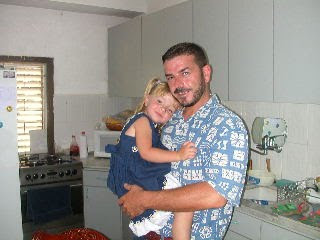 My friend is an American like me, who moved to Jerusalem years ago to live close to her husband's family. They have 3 lovely daughters, all US citizens, who are now fatherless. Ziad was a good man. he was a dedicated family man who always put his family first. It was so refreshing to see a married couple who were still so much in love after so many years and I can't even begin to imagine how Moira will cope with the loss of this wonderful husband and father. She has permanent resident status in Jerusalem, and plans to stay in Jerusalem and continue to raise her daughters here. 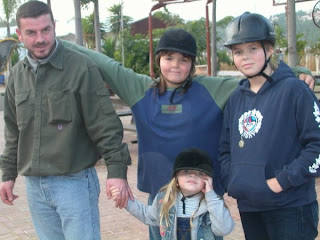 To compound this terrible tragedy, the initial press reports were calling Ziad a terrorist. He definitely was not, he was just in the wrong place at the wrong time. His wife Moira filed a case in the Israeli courts, but Palestinians, and even pro-Palestinian Americans have gotten little justice from Israeli courts. 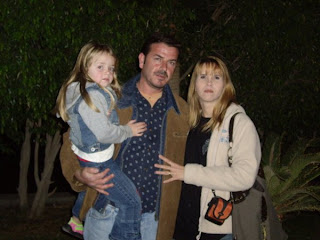 Al Jazeera English finally did a piece on Ziad today, and I wanted to share it with you, but blogger has changed and I can't figure out how to embed a YouTube video here. I will try to do it from YouTube later.
Posted by alajnabiya at 1:37 PM

That is just horrible.

ina lila oo ina ilahi raje3oon... I pray that justice is served :( My prayers are with your friend and her family.

All things done in the Dark come to the light. Believe there is a higher justice and It will be.