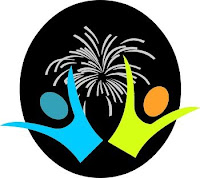 All the waiting is finally over. The Palestinian tawjihi results were released Friday. The tawjihi exam is taken by high school seniors after they have finished classes. It is a set of comprehensive exams that determine if the student can go on to university and what majors are open to him/her. The minimum passing grade is 51 and 55.4% of this year's seniors passed. I pasted an article below that tells all about the exams.

My younger daughter got a 91.7! SubhanAllah walhamdulillah! She was in the sciences track. They have to choose arts or sciences in 10th grade. She was actually in tears when she got the result, because she had hoped to do better, but I am very pleased and proud of her. This is such a hard system, it is way more stressful than taking the SAT or ACT in the US. The tests are only offered once a year. I think if you fail one, you can take it again the same year, and if you fail more than one you can take them again the next year. But that is it, no more chances.

She took Islamic studies, Arabic, English, math, physics, chemistry, life science and "Industry and Agriculture." She got the highest grade in the West Bank in "Industry and Agriculture," although there might have been others with the same score. Funny thing is, I always thought she hated that class. And while I am bragging, and it is a mother's prerogative to brag, I must point out that all of the tests are in Arabic except the English exam, and the day she started kindergarten she barely knew any Arabic at all. We still mostly speak English in the home.

And there is more good news. Today they announced the first batch of students accepted into Bir Zeit University, and she was accepted into the Sciences department. I think she intends to major in chemistry, although I think her best tawjihi grade was in math.

The tawjihi results were announced at 10 AM on Friday on the local TV station and radio. They also publish all the names and scores of the students who passed in a special addition of the newspaper. I feel so badly for the ones who failed or had a poor result, and everyone knows it. How humiliating. By 11 AM we started to hear fireworks. Many people celebrate by setting off fireworks, real ones, but my husband and I are in complete agreement that we have no intention to celebrate by risking one of our kids' hands or eyes. It was fun to watch other people's fireworks, but I hope it didn't make my daughter jealous. I downloaded a fireworks screen saver, but it wasn't quite the same. Next weekend we will have a big party for her, inshaAllah.

I am so glad that this is all over, but the year after next it will be Number Two Son's turn.

Bethlehem – Ma'an – The results for the university entrance exam, written by Palestinian students in the West Bank, Gaza and East Jerusalem, were announced Friday at 10am.

The entrance exam, called the Tawjihi, determines not only whether a student will be permitted to enroll in university, but will also limit their selection of majors and classes.

On average, about half of the students sitting the exam pass, this year the number was 55.4%. A passing grade is 51%, and according to the Ministry of Education and Higher Education the median grade for the exam this year was 52%.

The tests are written over the period of twenty days in June, by 77,047 students, including 32,800 in the Gaza Strip and 44,247 in the West Bank. The majority of those writing have just finished their last year of high school, though those who do not pass the first time can write up to nine more exams to try and pass.

The exams are administered once a year, and comprise tests in a large variety of different subjects, including English, Arabic, Science, Math, Religion (students can choose from Islam or Christianity), Palestinian History, Geography, Biology, Physics, Industry and Agriculture.

Students choose the exams they are to take depending on their intended course of studies following high school. If the student fails one exam, then they do not pass the Tawjihi and cannot enroll in university.

The pass/fail results of the tests are announced nationwide over the radio, internet and television. Students are asked to report to their schools for the detailed breakdown of marks.

Following the announcement cities and towns erupt with fireworks and parades of celebrating students driving down main streets.

Up until 2006 the tests were based on the Jordanian curriculum books, but now anything published in the textbooks authorized by the Palestinian Authority is fair game for the test.

The long tradition of the exams, its high stakes for so many students, and the public nature of the results announcements, have together made sure that the tests are a staple of modern Palestinian society.

Even Palestinians in Israeli prisons were permitted to write the exams this year, although their results have not yet been released.

So far this year the highest grade was awarded to a Gazan student, who had an average on the tests of 99.3%

In years past there have been accusations that Israeli troops and road closures have been strategically planned to prevent students from getting to school to take the tests.

Posted by alajnabiya at 9:46 PM

Email ThisBlogThis!Share to TwitterShare to FacebookShare to Pinterest
Labels: Life in Palestine, me

Alf mabrook to your daughter :)

Thank you, and thanks for stopping by my blog.

Alhamdulillah! Mabrookeeeen ya Ahl Al Ajnabiya! MashaAllah. I know this is a milestone and a big "whew" for you all. My time is coming...sooner than I like.

Do you all pass out kanafeh?

Thank you Umm Farouq, walhamdulillah. One of her uncles brought the kunafa and we passed baklava and chocolates. Next we are having a big party for all the women of the family and friends. Dancing and an excuse to dress up are my girls idea of fun. Most of the family are like that actually. Me, I am a boring stick in the mud.

mabrouk, macha Allah this is awesome!