I promised my self that I would post some wildflower pictures today. This is the field next to our house. 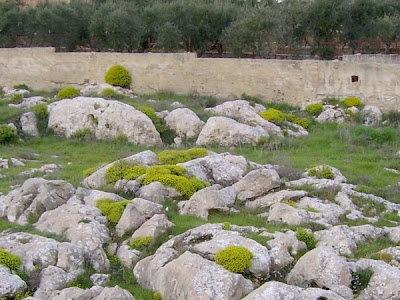 I love the look of the huge rocks. Ok, I am weird, I am into rocks. 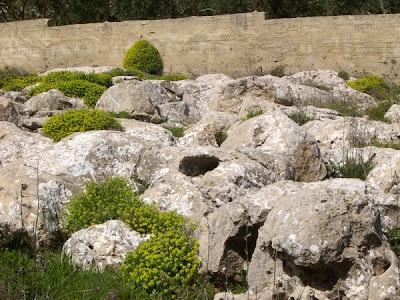 You can't see in the pictures above how bright yellow the bushes are. 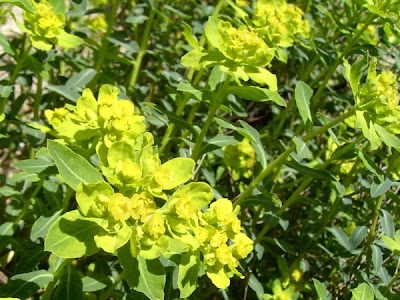 These yellow bushes and wild cyclamen like to grow in between the rocks. I have almost never seen them grow somewhere where they are not up against a rock or wall. 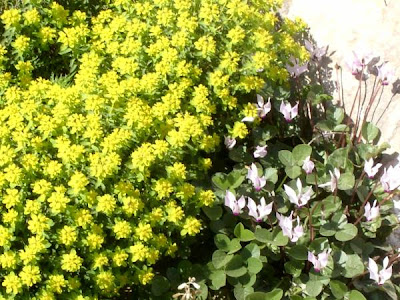 My kids always called these "purple-upside-down-flowers." 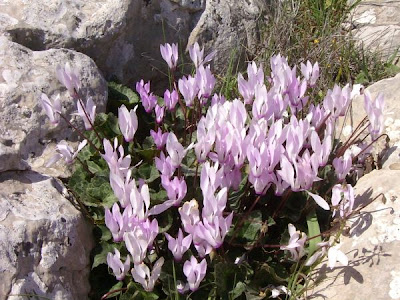 They are gorgeous, aren't they? And they are free, but they won't be around for long. In a month they will be gone. 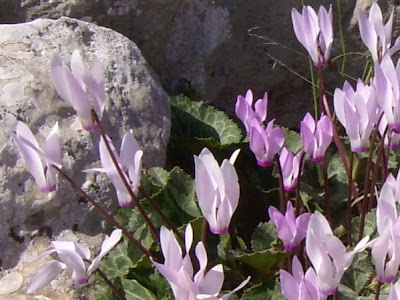 The last 3 pictures were taken by Number Three Son, who is 12, because I can't climb over the wall to get close enough to the flowers. The field is completely closed off, which means that the bedu can't bring their sheep there to eat all these pretty flowers. The field behind the house can be reached by the flocks, and I once saw one of the shepards try and take a sledge hammer to the wall between the two fields because he wanted to let his flock graze in the rocky field. I yelled at him in English, and that sort of put him off the scheme, at least temporarily. I didn't quite believe his protests that the woman who owned the rocky field said she didn't mind if he broke a hole in the wall.

The field behind the house has a completely different mix of wild flowers, but that's for tomorrow's post.
Posted by alajnabiya at 11:21 PM

Email ThisBlogThis!Share to TwitterShare to FacebookShare to Pinterest
Labels: in bloom

such a refreshing sight.

The wild cyclamen are just lovely. We have some nice wildflowers here but I rarely get up close to them to see them clearly. The name of the other bush you showed is on the tip of my tongue. They are used as freeway decor in California, but as I recall they don't smell very good. They use them because they don't need hardly any water and they are resistant to pollution. As soon as I send this, I will remember the name. Ha.

Those are goegrous Euphorbias and cyclamen!